When Lytham Sands were Golden

This is an extract from the April 2021 issue of the Antiquarian, the journal of the Lytham Heritage Group.  If you are fascinated by local history, then please visit Lytham Heritage Centre on Henry Street. This copy of the Antiquarian was kindly provided by David Hoyle. I am looking forward to The Mexico Disaster exhibition from 12th October to 21st November.  This is to commemorate the 135th anniversary of the worst ever lifeboat disaster on the 9th of December 1886.  click here for events including the Mexico Disaster exhibition

When Lytham Sands were Golden

The sea-water-for-health craze was being hailed as the universal cure-all. Royalty had tried it, the medical profession, with some reservations, advocated it, die-hards derided it but most people believed that sea-water was the infallible remedy for all ailments. The first bathers trickled into Lytham during the 1770s and we may wonder who were the more startled, they or our natives. Lytham in those days was a poor and ‘obscure place’, a ramshackle collection of straw-thatched mud and clay cottages which, we are told, more resembled ‘an Indian town than an English village.’ There were neither refinements nor accommodations to offer apart from barn floors and shared beds already crammed and overcrowded. Ever resourceful, the Sandgrown’uns in 20 years wrought a remarkable transformation. In 1795 William Crook all respectfully announced in the Blackburn Mail that he intends fitting up good accommodation for about 20 persons (with suitable stabling) during the above season, at Lytham. A bathing machine will be provided for the safety and convenience of those who please him with their company, who may depend upon the strictest attention and the most moderate terms.’ His house was the Wheat Sheaf, now the Deacons premises, at the corner of Dicconson Terrace and Clifton Street and it offered ‘a style of elegance, civility and propriety’ to a discerning clientele. Another hotel, the first Clifton’s Arms, which stood across the entrance to Park Street, was presently conducted ‘with equal excellence’ by Mr Hampson. In addition, two public houses ‘of an inferior description’ sheltered working-class bathers who ‘literally come in shoals during the spring tides’ … and little wonder! ‘No watering place can excel Lytham in convenience of bathing, few can equal it, the shore being level and overspread by a sheet of the finest sand’, wrote Militia Captain William Latham in 1799. There were bathing machines, three all told. Mr Parkinson had two and the other belonged to Mr George Gillet (sic). The proprietors were ‘particularly adroit in delicately handling the fair females out of the machine and into the water.’ It was quite safe to drink Lytham’s sea-water, it being ‘free from seaweeds or dirt and perfectly clear and pure.’ Sophisticated diversions were in short supply, but none could offer better than Lytham ‘salubrious sea breezes’ (to which was attributed the vigorous longevity of the natives) and of such ‘innocent recreational delights’ as walking, riding, sailing and conchology. Besides a couple of bowling greens, there was always the spectacle of tall masted sailing ships ploughing up the Ribble to Lytham since all cargoes for Preston discharged at Lytham Pool. It was fascinating, too, to watch local fishermen at work and in 1805 Richard Cookson took a plot of ground and built his ‘windy milne’. It was a charming sight, this bit of the country come up to the edge of great water and many would pause there, Lytham’s golden sands – West Beach with Charley’s Mast Centre and the Clifton Arms right within earshot of the heavy rumbling sails and the carts wending thither, groaning and grain-laden. The ‘Marsh’, now part of the Green, inaptly named since it was always dry and springy underfoot, supported plant life in abundance. It extended southwards from the village to the Pool and afforded a pleasant hour’s rambling. Another pleasant walk from the pinfold (near the Guardian Estate Office) led, in the pre-railway age, immediately past Lytham Hall.’ Aquatic excursions’ were also greatly enjoyed. When wind and tide allowed, small boats cruised over to Southport or up to Freckleton Naze and, during the season, two packet boats conveyed passengers to and from Preston. A few shops had appeared, ‘the windows of which display much taste’, brightening the village of which the worst eyesores were being demolished. Virtue held sway. ‘Vice has not erected her standard here’, it was claimed, but Vulgarity had, it must be admitted. ‘Males and females’ (in the nude, in those days) ‘are seen lining a considerable extent offshore in promiscuous groups and not embarrassing themselves about appearances, but enjoying the salt water as well internally as externally, to the no trivial amusement of numerous spectators. The generality of these people usually come for the purpose of washing away (as they suppose) all the collected stains and impurities of the year’. That was 1799! A correspondent to the Preston Chronicle in 1826 was horrified to witness ‘men bathing on the beach opposite the houses at Lytham and most shamefully exposing their persons, to the great annoyance of females who are thereby prevented from enjoying refreshing sea breezes during such disgraceful scenes.’ This sort of thing continued until new bathing regulations were enforced some twenty years later. Meantime, ‘for the preservation of good order,’ a lock-up ‘of considerable strength with distinct accommodation for both sexes’ had been established in now vanished Douglas Street. Such provision had never been called for, before the bathers!

For links to useful sites about local history click here

Signup to stay updated with my latest posts! 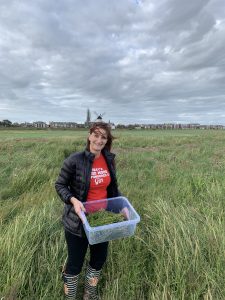 The Story of Lytham Gin

Looking back, the decision to create Lytham Gin was an obvious one. Sara, a former chemist and chemistry teacher with a passion for flavour molecules 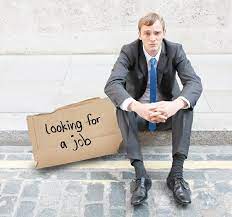 Times they are a changing?

I remember the grim times of the ’70s. Or did it seem grim because it was it was a family thing that we all gathered 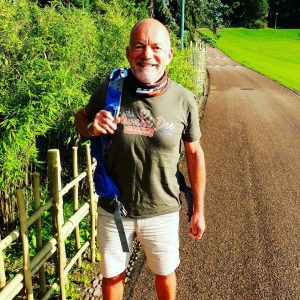 Walking saved my life. At the age of 40 I was working silly hours as a teacher. My career was progressing well but my health